New vidéo of the duo

« The music steers us into a labyrinth. The gentleness is unexpected. It bewitches the ears with its many textures. Surely, an accordion, a saxophone, but played as never before. Composition upon composition intoxicates, bearing us on a current of sound. The names are strange: Xaphoon, Volampté, Adamadiou, Budala… We are east of the Balkans, much further east perhaps. But ceaselessly the journey retraces it steps. Here comes a scrap of Celtic melody, a flash of house, some jazz. The terms are almost irrelevant. This is, in the profoundest sense, a pattern of sheer instrumental invention, designed for emotion. Mazad Café’s beautiful and powerfully intuitive conceit is that mathematical designs can, once again, bring forth a palette of sensation that is simultaneously cheerful and melancholy, when driven by unusually elaborate sound craft. Acoustic grain creates a trance. » Pierre Hodgson 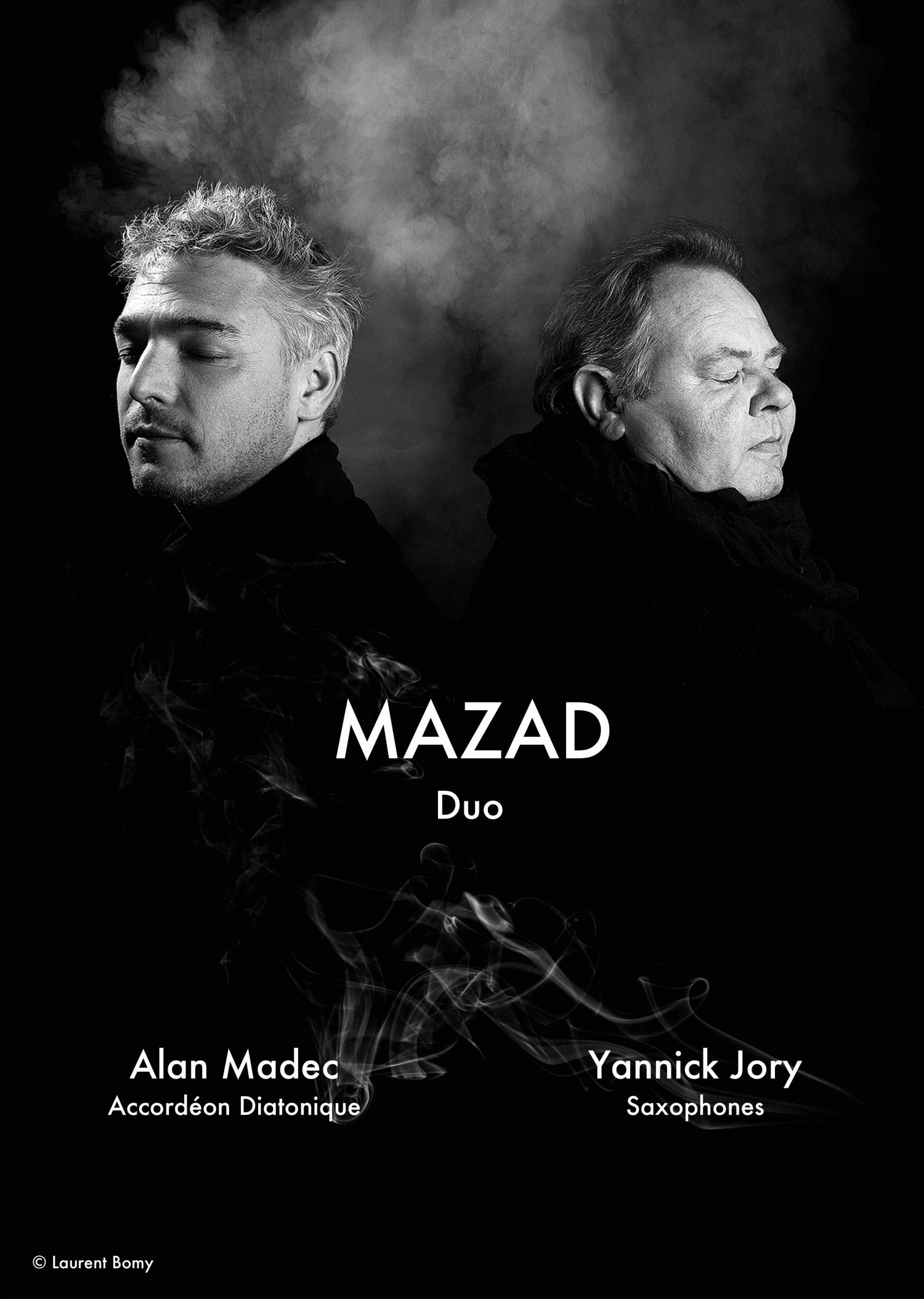 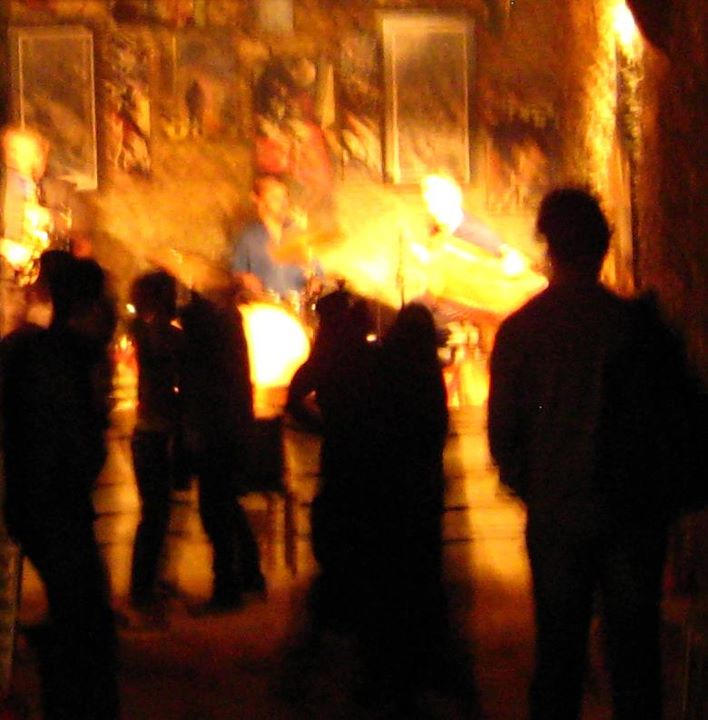 I was born in Puteaux in 1963, and in 1968 my parents decided to leave the region of Paris – apparently they found the climate there « too warm » -and we moved to a part of France where it was more temperate: the Côtes d’Armor of Northern Britanny. It was there that I heard the bombard  for the first time, an instrument that I would later play alongside ROLAND BECKER (1975). Although I was quite a proficient tennis player, I decided to to give it all up and instead satisfy my greater thirst/desire which was to learn music. I attended the l’École National de Musique de St Brieuc (1977). until  1984 when I obtained the gold medal. I did not take up tennis again – one medal is quite enough ! I began teaching  music but the call of the stage and to create proved stronger.  Benefiting from all the different horizons i had  travelled, forming the band LES PIRES  became the obvious next step (1988-2000).

Then followed many shows and encounters : JO PRIVAT, LÉON REDBONE, MANO NÉGRA, LES V.R.P. . .among others

It was with SÉBASTIEN LIBOLT (ex-member of LES V.R.P), that we were to compose and  perform  with Philippe DECOUFLÉ and come to found “LA TRABANT“ with which BERTRAND BELIN would produce the following :

Together with JACKY MOLARD, we founded the :

I also worked with PHILIPPE OLLIVIER to create « OSTINATO » an electro-acoustic experience and « HIRISINN » for the company LE PTIT CIRK.

All is here : Biography

Born in 1975, he began to learn music at the age of seven, first the guitar and then the drums, which he went on to study at the Conservatoire de Brest.

Next he learned to play oriental and Indian drums with

Khalid Kouhen,Â and began to perform with various bands specialising in popular music from Maghreb and Eastern Europe.

In 2004, after a journey and musical encounters in the Balkans, he started to play the « tapan » – a double-headed bass drum.Â  Very soon he found himself attracted/fascinated both by its power of expression and by its rich repertoire, He travellled fequently to the Mediterranean region – Macedonia, Greece, Turkey, Bulgaria -in order toÂ  learn from great musicians and teachers and thus develop/work on/improve his skill with this instrument.

At the same time he also became more proficient with other percussion instruments such as the derbuka, the daff, the riqq and various kinds of drums.

As he found more opportunities to meet and exchange with musicians, he took part in a great number of projects of varied artistic nature:Â  traditional music, contemporary music, jazz and improvisation, and he regularly collaborated in other art forms: dance, circus performance, theatre and film.

Being a musician who is also a listener, his compositionsÂ  areÂ  full of sensitivity – and without borders – nourished and enriched byÂ  all manner of experiences. 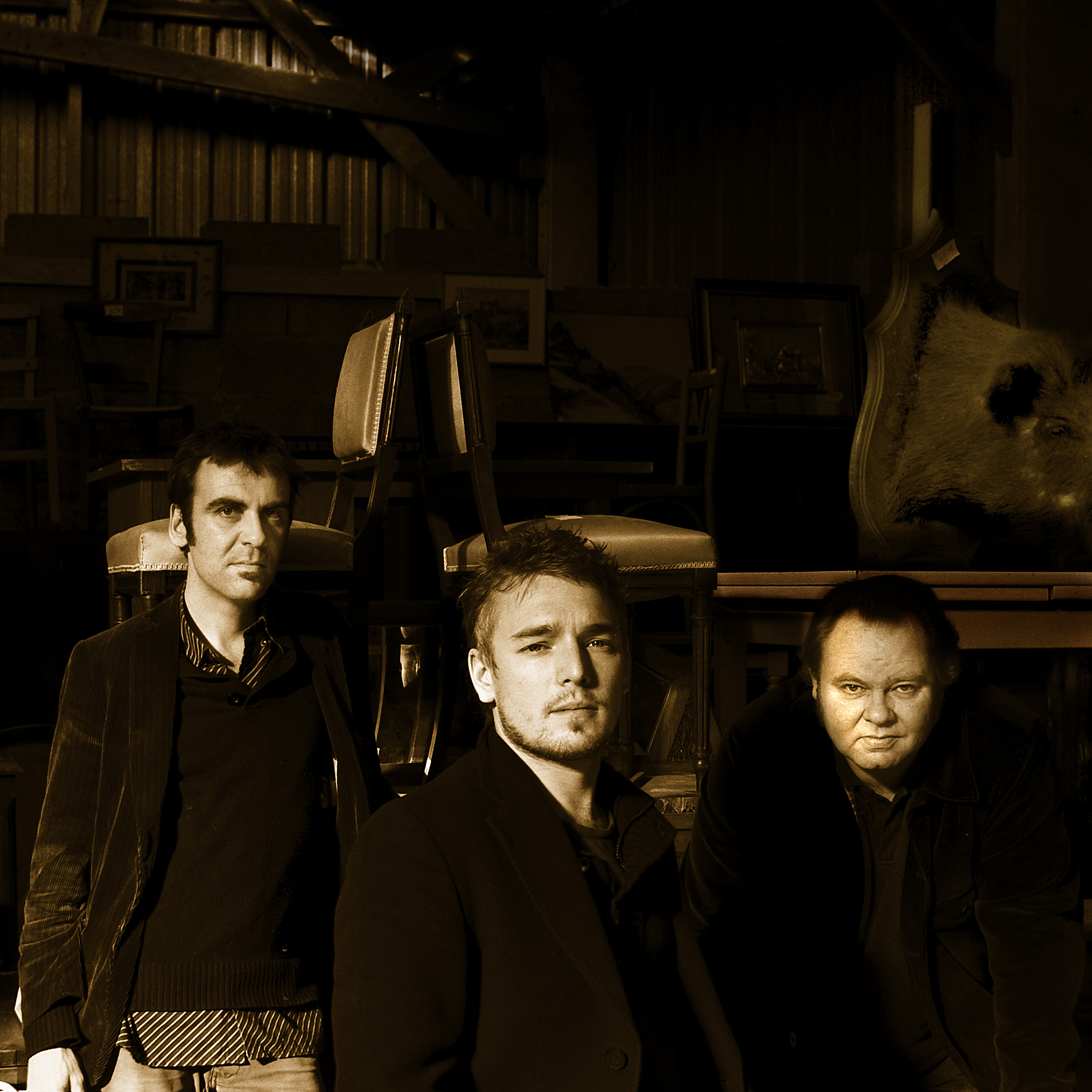